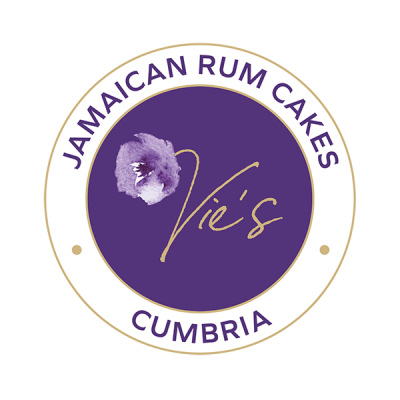 Vie’s Jamaican Rum Cakes are special treats for special people and special occasions and offer cake and rum lovers a taste of Jamaica on your doorstep.

Vie's 5th daughter, Elaine,  created Vie’s Jamaican Rum Cakes out of her desire to turn the loss of her mother into a legacy.

Elaine's Mum’s middle name was Viola but her Dad called her Vie (as in pie).

Sadly, in 2018, Vie passed away and Elaine moved to Cumbria the following year.

However, when Vie was alive,  she was-known for her scRUMptious cakes which were generously infused with the finest Jamaican rum.

To honour her Mum as the generous and talented cake maker she was, Elaine was inspired to reproduce her Mum's cakes based on her traditional recipe. Hence, the birth of Vie’s Jamaican Rum Cakes.

The utmost care has been taken to ensure that both the original and gluten-free versions of the cake are as fruity, flavoursome and fantastic as Elaine's mother’s used to be.

Committed to local and global sustainability

Vie’s Jamaican Rum Cakes  are baked in small batches in an award-winning bakery in Kendal, Cumbria, which has achieved “green certification” and has a gluten-free kitchen. Such great cake! Loved the rum in it!!